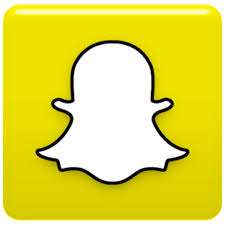 Snapchat, a time-limited message-sharing app, has allegedly turned down billion-dollar offers from Facebook and Google.

Never post anything to social media that you wouldn’t want your mother to see. A pretty good rule of thumb, if you assume a particular post will linger in perpetuity.

A new app called Snapchat, however, argues that some photos and messages should not stay with us forever. That’s why the app lets you set an expiration of up to 10 seconds for shared content after it’s viewed. The app developers then delete these “snaps” from their servers.

Sounds like the perfect app for sexting, although Snapchat’s makers insists that’s not what it’s for. Anyone who goes that route should know Snapchat is subject to search warrants just like any other site. And they store unopened snaps for 30 days.

Facebook and Google like the app so much they each offered to snatch up Snapchat for billions of dollars. Not bad for a two-year-old company with no revenue.

Snapchat declined both offers. Maybe they want to follow Twitter’s path to a big IPO. If they’re just holding out for more money, they better hope their appeal lasts longer than one of their snaps.